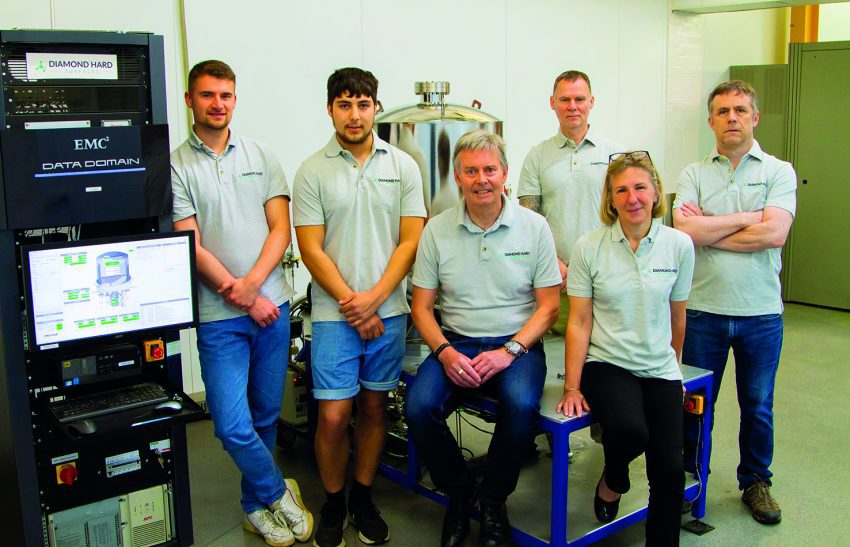 Focus on developing its international trade has paid rich dividends for a specialist engineering company.

Diamond Hard Surfaces, based at Towcester, produces high-performance, durable diamond-based engineering materials and coatings for advanced engineering markets such as aerospace, electronics and the oil and gas sector.

It supplies customers all over the world and such has been its growth over the past three years that the company is among the recipients of this year’s Queen’s Awards for Enterprise for International Trade.

Diamond Hard Surfaces has recorded consistently exceptional sales growth over the past three years. Now, chief executive, Chris Walker intends to use the Queen’s Award to expand the company’s overseas activity even further.

“We have gone after our international business sector by sector,” said Mr Walker. “We have built up a wealth of experience in international trade and have been trading with the USA, Australia and the Middle East since way before Brexit.”

Diamond Hard Surfaces has focused on its international trade since the business began in 2005 with the backing of Oxford Technology 4 VCT, a quoted venture fund specialising in the start-up and early-stage technology sector.

Development of a unique process for the deposition of the extreme diamond-like carbon-based material was completed in 2009 and patented globally. The material, Adamant®, gives extended life in high temperature, chemically aggressive and abrasive environments.

“We have always been internationally focused,” said Mr Walker, who also chairs the Federation of Small Businesses’ International Trade Policy Unit. “It is an important message to any start-up business, to look at developing international sales as well as those in the domestic market.

“I am passionate about international trade. It is in my psyche and it is a great thing that UK plc is encouraging businesses to trade internationally.”

Becoming a recipient of a Queen’s Award for Enterprise will be a central part of Diamond Hard Surfaces’ marketing in the future. “Winning the award gives us so much exposure,” said Mr Walker. “We have ambitious plans for growth and we want to expand into new markets.”

Sales administration manager Sally Bristow adds: “It will give customers confidence that international trade is at the heart of what we do and it recognises the focus that we have been able to give to business internationally. It reassures our customers existing and new that the company they are doing business with is a sustainable business.”

Diamond Hard Surfaces is one of 226 companies recognised in this year’s Queen’s Award for Enterprise list. Now in its 56th year, the awards are the most prestigious business awards in the country. Winning businesses can use the Queen’s Awards Emblem for the next five years.