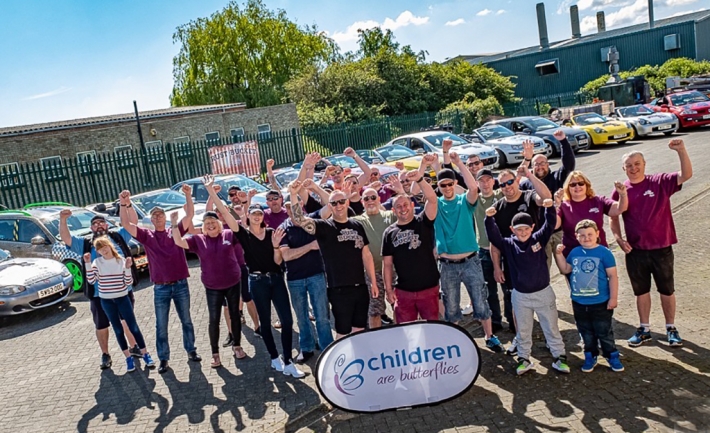 THE team from The Little Ale House in Wellingborough will be taking to the road in style for this year’s Rust Bucket Rally.

Alan Piggot and Tracie Clarke-Piggot will be undertaking the challenge, which involves buying a car for no more than £500 and driving it 2,500 miles around Europe to raise money for charity.

Founded in 2014 by Carl Baldry, the event takes in some of the most magnificent roads in the Swiss Alps, as well as parts of a host of European countries and has grown year on year, with 123 people in 51 cars taking part in 2019.

Carl started the Rust Bucket Rally after watching Idris Elba do a Cannonball Run across America on TV. He posted on Facebook saying he would love to do something like that and the response led into him organising his own event.

Because of the interest received there will be two Rust Buckets this year, 5 to 8 June and 24 to 27 July.

“The amount of money we have raised hasn’t quite sunk in yet,” said Carl. “I know it’s a huge number but with lots more rallies planned I am looking further ahead and would like to keep on fundraising.

“This year we are raising money for PROSTaid Cancer Support Group, a subject close to many people, whereby a dedicated nurse would be employed for 12 months and we hope to raise a huge sum of money with the cars that are going in June.”

All costs are paid for by each team and none of that money comes out of sponsorship or donations. All donations or sponsorship gratefully received for the charity.

If you would like to know more about the Rust Bucket Rally and take part in July, contact Carl Baldry on 07910 414910 or email