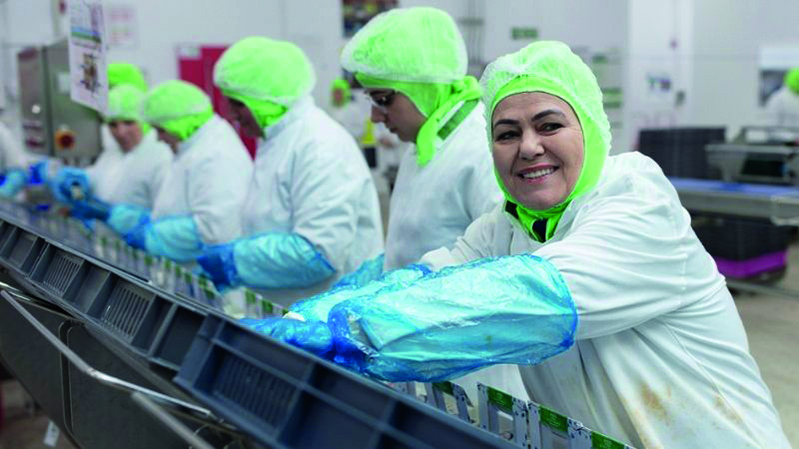 Greencore’s production line in full flow. The Northampton firm donated around 2,000 sandwiches to those taking part in last month’s pageant in the town to celebrate Her Majesty The Queen’s Platinum Jubilee

Food supplier Greencore played its part in Northampton’s celebrations of Her Majesty’s Platinum Jubilee last month with donations of 2,000 sandwiches to participants in the pageant through the town.

More than 1,500 members of the military and emergency services, youth, community and religious groups tucked into the fare after the pageant.

Tim Jackson, site director at Greencore Northampton on Moulton Park, said: “We are proud of our long-standing history as a major employer in Northampton and it is important to us that we play our role in the local community.”

Cllr André González De Savage, chairman of pageant co-organiser West Northamptonshire Council, said: “They are just one of dozens of major UK companies who call Northampton a base of operations and employ hundreds of people in the area, if not thousands if you count the suppliers and services they work with.

“I am very pleased they have stepped forward to show their commitment to their community here in Northamptonshire.”