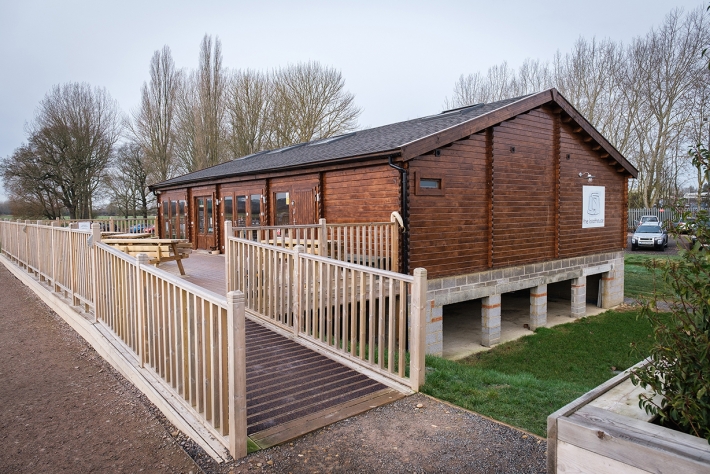 ANNIVERSARY celebrations may have been put on hold but there is still plenty to appreciate at White Mills Marina.

The purpose-built 141-berth marina is on the River Nene, a short walk from Earls Barton, and since its opening in April 2016 has evolved into a truly unique venue under the stewardship of John and Debbie Skinner.

The farming couple’s plan emerged when they were looking for ways to diversify and so, as Debbie explained, ‘a field that used to flood became a marina’. Over the following months the couple began to grow the business, which now includes a popular on-site cafe, The Boathouse, which has remained closed during the lockdown.

Leisure boaters have been asked to not make any non-essential visits but, following Government guidelines, the marina office has been able to supply coal, gas and fuel.

The cafe was initially designed to provide toilets, showers and disabled facilities for boaters mooring at the non-residential marina which makes the most of its River Nene location.

An open day in May has been cancelled but plans are still under way for another in July. When it goes ahead, visitors will be able to see first-hand the marina’s facilities. These include the dedicated camping area, a certificated Camping and Caravanning Club site, which has space for five motorhomes, camper vans or caravans and ten tents at any one time.

Debbie said: “The site has stunning views over rolling countryside, and while there would always be the temptation to increase capacity, we actually like it this way.”

“We are incredibly proud of the team and look forward to welcoming people back. There is always something to admire from the narrowboats using the marina to the views of the church at Whiston on the horizon.”

Regular updates can be found on the marina’s website at www.whitemillsmarina.co.uk