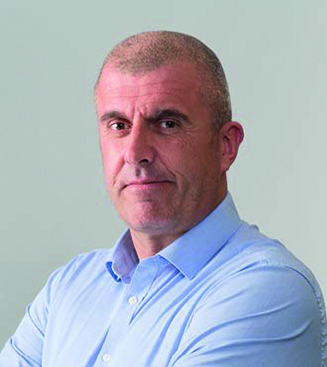 Calls for improved skills levels and more apprentices in the construction industry have been welcomed by building supplies merchant Travis Perkins.

The company, headquartered in Northampton, has responded to publication of the All Party Parliamentary Group for SME House Builders report into ways to support achievement of the government’s target of 300,000 new homes built in the UK each year.

The move to Modern Methods of Construction, new ways of delivering projects and the need to adopt new technology and innovations have created an industry that is evolving at pace, with an emphasis on sustainability. These new technologies have highlighted the need to improve workforce skills levels and sustainable building practices are becoming increasingly important as the UK moves towards net zero, the report says.

It adds that promoting the benefits of a career in construction and showing how the industry is now safer, cleaner and more modern was also identified as vital for the future health of the sector.

Builders and colleges should work more closely together as their ambitions are similar; to produce an industry of skilled tradespeople. The report calls for early intervention at schools, especially in the area of careers advice, where apprenticeships are not always a focus and are often seen as secondary to university.

Government also needs to make better use of social media as a way of winning the hearts and minds of potential younger employees, the report concludes.

Published last month and launched at the House of Commons, it follows a call for evidence from the APPG to ask how the UK can boost its delivery of improved skills and more well trained and motivated apprentices.

The company has around 1,000 staff enrolled on apprenticeships on more than 40 programmes across the Travis Perkins Group. “By also providing these apprenticeships via the Builders Merchants Federation, we also see it as a responsibility to contribute to developing talent for the broader construction sector,” Mr Griffin said.

Apprenticeships have proved to be a vital route in creating a pipeline of talent for the future. The pandemic has had a significant impact on the overall numbers of apprenticeships in construction but numbers are moving upwards. In January there were 14,900 new apprenticeship starts in construction in August-October 2021. At the same period in 2020, there were 8,200 starts, compared with 11,700 in the year before the pandemic.

The APPG was chaired by Andrew Lewer, MP for Northampton South. “The findings of this report are critical to enabling us to build the types and volume of houses the nation needs,” he said. “The report is also critical to enhancing the appeal of working in building and construction as a well-paid, fulfilling career for more of the brightest, best and hardest working of our young people.”