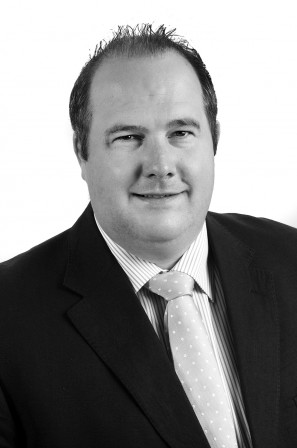 NORTHAMPTON is a place for growth says commercial property agent Prop-Search, perfectly positioned at the heart of the country and the crossroads of the rail and road network, providing a premier location for inward and local investors.

NORTHAMPTON is a place for growth says commercial property agent Prop-Search, perfectly positioned at the heart of the country and the crossroads of the rail and road network, providing a premier location for inward and local investors. Importantly, Northampton has a serious appetite for growth, welcoming employment and housing development, with a portfolio of market ready sites and premises.

Northampton was recently recognised as one of the top locations in the UK for business by Santander Corporate & Commercial Banking’s UK Town and City Index, citing its ‘diverse local business base and low business costs’ as a key factor. The town is also home to a number of major businesses including Barclaycard, Carlsberg UK, Travis Perkins, Avon and Church’s Shoes.

Recent and forthcoming major investments by these organisations have signalled their ongoing commitment to the area.

The town is extremely fortunate to have significant development land available to accommodate its ever-increasing demand for employment and a number of major sites have been identified to support the county’s target of creating 70,000 jobs by 2031. It is anticipated that 35,000 of these will have been created by 2021.

A series of major regeneration projects are already under way, including the redevelopment of the town’s railway station, and the introduction of a cutting-edge innovation centre and the recently opened replacement bus interchange.

With its unrivalled national and international transport links, the town has been identified by Government as a key area for economic growth. And its new Waterside Enterprise Zone – the largest enterprise zone in the country with 20 investment sites along the River Nene – is already attracting global interest. The enterprise zone is an important opportunity for businesses to expand and flourish, joining the likes of Carlsberg, which has just completed a £60 million programme of redevelopment on the site for its new bottling plant.

Up to 70 jobs are likely to be created at the high-performance engineering company Cosworth, as work starts on its new factory in the Waterside Enterprise Zone. The company relocated from London to Northampton some 50 years ago and will see the construction of a 38,000 sq ft production unit on the site – with completion expected before the end of the year. The facility will be used to manufacture components and assemble some of the world’s most advanced engines to global automotive manufacturers.

A new £330 million town centre campus for The University of Northampton will bring together both of its current sites to a 55-acre brownfield site at Nunn Mills Road, located in the Northampton Waterside Enterprise Zone. The campus is expected to open in 2018 and will provide improved facilities, more opportunities to work with commercial enterprises and help boost the waterside area with new leisure, education and business facilities. It is believed that this project will be a catalyst for further development in the enterprise zone and the wider Northampton area.

The German-owned logistics company Dachser has recently taken possession of its new purpose-built facility at Brackmills, Northampton from Roxhill. The company purchased the 16.38 acre site last year, and has been developing a freehold 64,000 sq ft cross-dock warehouse, a 114,000 sq ft contract logistics warehouse and 21,000 sq ft of office accommodation over two storeys.

Dachser has acquired the facility for a new integrated logistics centre. Carlsberg is also now planning to open a new 640,000 sq ft distribution hub at Brackmills creating around 50 new jobs. The  development will sit on a triangular site adjoining Roxhill’s Brackmills Point scheme, south of Bedford Road. The plans, which will be also be developed by Roxhill, will see a farmhouse demolished as well as associated farm buildings and two semi-detached industrial properties. The development is scheduled to start this summer for completion in Spring 2015, with the aim of being fully operational in autumn 2015.

Prologis has bought a 19-acre site at Grange Park to undertake a 340,000 sq ft speculative warehouse development. The site has been purchased from a joint venture between Evander Properties and the British Airways Pension Fund for around £10 million.

Construction of the shed is expected to start shortly and will plug the gap for facilities of this size around Northampton and the wider East Midlands region.

Turning to retail activity, a number of centres have changed ownership within the past six months. DTZ Investment Management bought the freehold of British Land’s St James Retail Park for £53.25 million, reflecting a net initial yield of 6.1 per cent. The retail park, totalling 164,229 sq ft, comprises 11 retail units. Tenants include Next, Laura Ashley, Toys R Us, DFS, Brantano, DW Sports, Mothercare, BHS, Homesense, Boots and Starbucks. Redefine International has also purchased the Weston Favell Shopping Centre for £84 million from Aviva. The 307,763 sq ft is anchored by a 156,987 sq ft Tesco Extra and has a total of 56 retail units and seven kiosks. It is believed to produce a net rental income of £6.4 million a year

Latest statistics show that Northampton is home to some 13,000 businesses – the majority of which are small to medium-sized enterprises. The sectors currently being targeted for investment include high-performance engineering, low-carbon and sustainable technology, business and professional services and new enterprise start-ups. It is also making the UK’s fastest economic recovery, bucking the trend, with confidence for development. So Northampton remains well placed attract more world-class brands and support its growing population.

Further information or advice in respect of all aspects of commercial property, including the development of sites, can be obtained from Prop-Search on 01604 492000 or 01933 223300 or its website www.prop-search.com