Skip to content
15.9°C
26 Jun 2022
x
Latest NewsBusinessAwards UpdateOpportunity is everywhere… It’s up to us to seize it 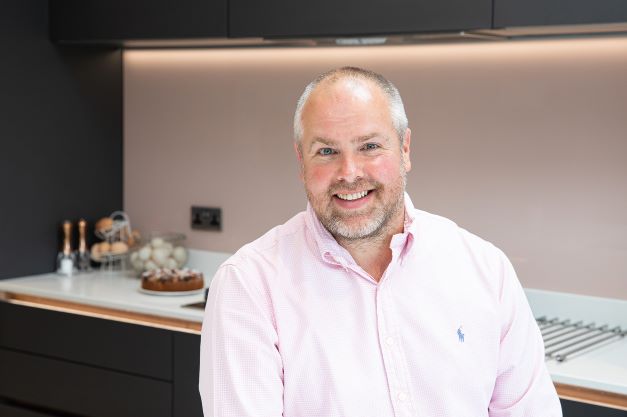 Carl Raven received the award for Business Person of the Year at the 2021 Northamptonshire Business Awards, run by the county’s Chamber of Commerce. As the 2022 competition gets under way, he and business partner Marcus Richardson talk to Business Times about why they see opportunity everywhere, particularly off the back of their awards success.

Burning desire to win is what continues to drive businessman Carl Raven. His success in setting up and growing a series of businesses only serves to drive him forward towards achieving new ambitions and goals.

“We are impatient, we are demanding and we like to win,” he says. “Opportunity is always out there – you just have to get out, find it and develop it.”

He urges businesses in Northamptonshire and beyond to follow a similar line but fears that the pandemic has instilled a laziness in some that will prevent them from realising their potential. It is time, he says, for ambitious businesses to move up a gear and seek out the opportunities that will propel them to future success.

Carl, with his brother-in-law Marcus Richardson, currently run four successful businesses. They founded Global Health Tests, which provides a home-to-lab health testing service, in 2019 and their success was recognised last year at the Northamptonshire Chamber of Commerce’s Business Awards when the company was named High Growth Business of the Year.

They are the latest in a series of businesses set up or invested in by the two. In every one, Carl and Marcus have concentrated on developing the senior management team and the correct structure and processes to allow the business to function at its best. “It has been a rollercoaster but it has also been amazing,” says Marcus.

While the pair’s focus has been on business worldwide, their attention is turning back to Northamptonshire and the county’s business and wider community. They have taken on Northampton Active, formerly the Nene Whitewater Centre in Northampton, and are looking to develop its use. Already they have seen a marked increase in the number of community groups, schools, Scout and Guide troops using the facilities.

“We like to give back and this is our way of doing it,” says Carl. “When you come down here and see the kids on the water, it is a joy.”

He and Marcus have invested substantially in the facilities, including parking, changing rooms and shower facilities, a café, lift and rooms suitable for social events and conference bookings. The local and national emergency services also use the facilities to train their staff.

“The police bring their dogs down here so the animals can cool off and have a swim,” says Carl.

His success and work locally earned him the Chamber’s award for Business Person of the Year last year too. Their business success has been

global but Carl is also developing his ties with the local business community. He is a regular at Chamber of Commerce events and other networking occasions.

“I am meeting some amazing business and amazing people and I am learning a lot,” he says. “About what is going on, who knows who >>

>> and what and I am engaging with people who do really interesting things.”

Local awards competitions such as that run by Northamptonshire Chamber highlight the strength of business, he says. Historically neither he nor Marcus have favoured entering awards but they now hold a series from organisations across the UK. Last month Global Health Tests was among the International Business of the Year finalists at the national FSB awards in Glasgow.

“We have realised that having the credibility of being an award-winning business is superb in reassuring your customers that what we do is professional and we deliver the high standards they are looking for,” says Carl.

He urges other Northamptonshire businesses to put themselves forward for awards. They are, he says, a wonderful marketing tool and independent confirmation that an organisation can be trusted to deliver on its commitments.

It is all part of businesses moving forward after the challenges of the past couple of years during the pandemic. But Carl fears some are using the pandemic as an excuse to rest on their laurels.

“There are so many businesses that have become lazy,” he says. “They have decided that they can just continue doing what they were doing before. They just meander along. That is not for us, We want to run at full speed the whole time. We want to explore everything that is possible.”