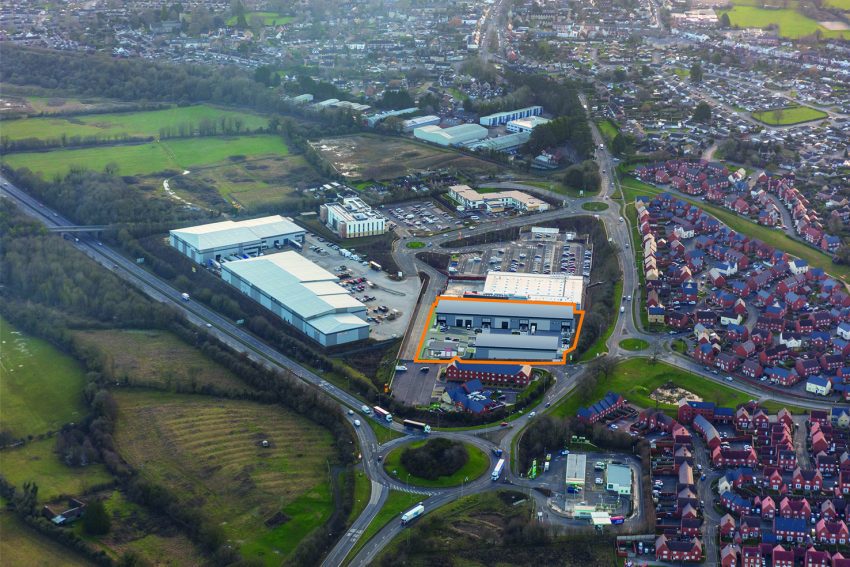 Tungsten Trade Park: The site is bordered in yellow on the aerial photo above

Developer Tungsten Properties has agreed pre-lets with Costa Coffee Drive Thru, Screwfix and Toolstation at its two-acre development site at Northampton Road in Brackley.

Construction has been going on since September to build seven high-specification trade and warehouse units ranging in size from 4,000 sq ft to 28,275 sq ft. Another unit is under offer to a national trade occupier.

The site is next to the town’s Sainsbury’s superstore which was built in 2020. Tungsten Properties acquired the land from Sainsbury’s last year for £2.1 million.

Brackley’s location between the M1 and M40 and being near to Silverstone Circuit has led to considerable commercial and residential development for the town in recent years.

“There is a high demand from businesses needing trade and warehouse space which makes it an excellent location for our investment which in turn helps to create local jobs,” said Ashleigh Hayes, associate development director at Tungsten Properties. “This has been proven by the first three of our seven units being pre-let to such well-known names, with one more currently under offer.”

Tungsten Properties was represented by property consultants Carter Jonas and White Commercial in negotiations with the three new tenants. Carter Jonas associate partner Ed Lifely said: “The level of interest has been strong from businesses needing purpose-built trade units in this area and these early pre-lets are great news for both the local area and project.”

Contractor Warwick Burt, based in Northampton, is due to complete the project this month.

The new units will target BREEAM Very Good with turn-key fit-out options so that businesses can move straight in, said Ms Hayes.