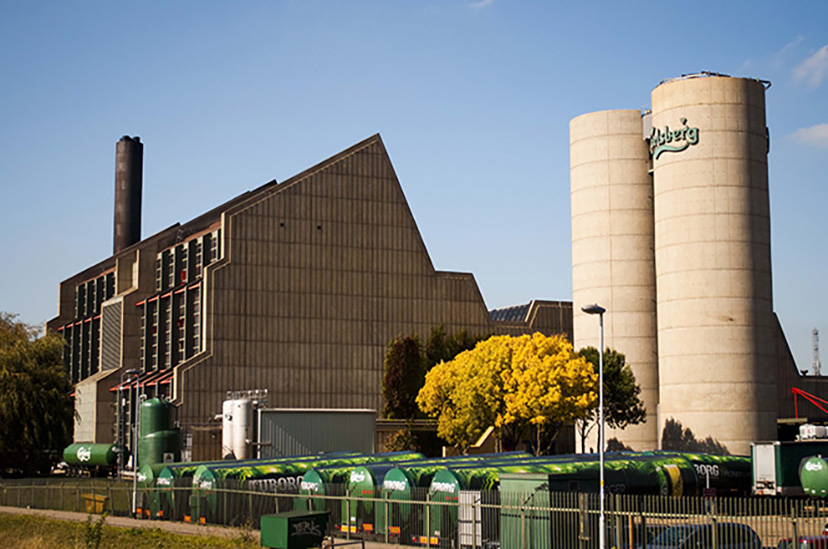 BREWING giant Carlsberg has been fined £3 million after a contractor died and another was seriously injured following an ammonia gas leak at its brewery in Northampton.

An investigation by the Health and Safety Executive found that Carlsberg had not put proper controls in place.

Father-of-two David Chandler, 45, was killed and David Beak, now 57, was seriously injured in the incident.

Mr Chandler’s family said they welcomed the end of the case against Carlsberg and hoped no other families would have to suffer as they have.

Paul Davies, chief executive of Carlsberg Supply Company UK Limited, said all remedial measures had now been taken by the company at the Northampton site and lessons learned.

Birmingham Crown Court heard that at its Northampton brewery Carlsberg had failed to put in place appropriate isolation controls to prevent exposure to ammonia before work started to remove a compressor from a refrigeration system.

The principal contractor for the project was Crowley Carbon UK Ltd, which had appointed numerous contractors to assist in the works. Mr Chandler, from Shropshire, and Mr Beak were both employees of sub-contractor Speedrite NE Ltd.

While the compressor was being removed in November 2016, there was a large, uncontrolled release of ammonia. A total 20 people needed hospital checks after showing symptoms of ammonia exposure. It was several days before the leak was contained and gas levels dropped to a safe level. Mr Beak, from Oldham, was seriously injured.

Carlsberg Supply Company UK Ltd, which was summonsed under its new company name of Carlsberg Marston’s Brewing Company, pleaded guilty to charges under Section 2(1) and Section 3(1) of the Health and Safety at Work etc. Act 1974, and Regulation 3(1) of the Management of Health and Safety at Work Regulations 1999. The company was fined £3 million with costs of £90,000.

HSE principal inspector Samantha Wells said: “Industry guidance on safe isolation of plant should have been followed. This would have ensured that a higher level of isolation was in place, for prevention of exposure to this highly toxic and flammable substance.

The case underlined the dangers of not following industry guidance when working with toxic and flammable substances. HSE will take action against all who fail to ensure the safety of employees and others who may be exposed to danger, Ms Wells added.

For the company, CMBC UK Ltd chief executive Mr Davies said: “We deeply regret the tragic incident which occurred at our Northampton brewery in November 2016 and resulted in the death of David Chandler and injury to David Beak. Our thoughts to this day remain with the families, friends and colleagues of those involved.

“We strive to attain and maintain the highest standards of health and safety management for our employees. Through our guilty plea to the charges and much earlier acceptance of responsibility, we recognise that on this occasion we did not meet these high standards.

“As a company we will continue to put health and safety at the forefront of how we operate.”

The Health and Safety Executive also brought a case against Crowley Carbon Ltd in relation to the incident which led to the death of Mr Chandler and the injuries to Mr Beak, which were also due to be tried but for the company being placed into compulsory administration by creditors.

“Projects involving multiple contractors require effective management arrangements so it is clear who is responsible for every part of the work and that safety checks are carried out before allowing work to start,” Ms Wells said.

Mr Chandler’s family, in a statement, said: “We welcome the conclusion of the prosecution case against Carlsberg UK Supply Company Ltd following the death of David five and half years ago.

“As a family we will never fully accept the death of David in such tragic but preventable circumstances and the legal process involved has been emotionally exhausting as well as frustrating given the length of time which has lapsed since the accident.

“We are pleased that improvements have been made at Carlsberg’s site in Northampton which will hopefully ensure no other families suffer the anguish we have endured since November 2016 when the failings at the brewery resulted in the deadly release of ammonia gas which caused David’s death.

“David was a loving husband, adoring daddy and much-loved brother and uncle. We are devastated that his young family will not be able to share their lives with him as they grow. He was a larger-than-life character whose loss has left a massive void nothing can replace.

“There have already been so many special and precious moments which David has missed out on and the fact that there will continue to be some many more as his daughters grow into young ladies breaks all our hearts daily. He is missed every day, and our lives will not ever be the same without him.”