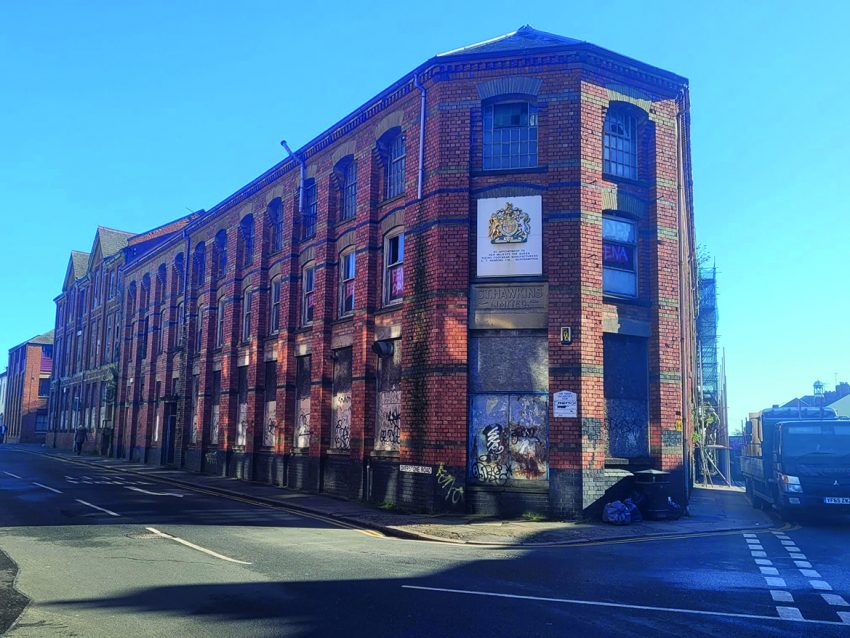 Redevelopment work on the grade II listed former GT Hawkins footwear factory in Northampton is under way after the developers secured a £9 million loan.

The development loan from specialist real estate lender and investor Octopus Real Estate will finance the creation of 89 new homes; 17 studio apartments, 60 one-bedroom and 12 two-bedroom flats, all of which will be designed as New York loft-style apartments.

The developer is a local joint venture between property developers OEH Group and Acca Group. A show flat is expected to be ready later this year.

OEH Group director Ermir Sefolli said: “We are extremely proud of the history of the factory and will endeavour to sympathetically restore the building and retain and refurbish as many historical elements as possible.

“I am thrilled that Octopus has funding that enables us to finance developments like these. Our town has a rich history and it is a great privilege to be able to restore this local landmark while bringing much-needed new homes to the area.”

The factory was built in the late 1800s as a leatherworks and was once one of the UK’s major suppliers of climbing and military boots. It received Royal Warrant in 1885, producing boots for Queen Victoria. The warrant is still proudly displayed above the entrance and will remain in the prominent location after the regeneration has been completed.

The factory produced aviation boots and supported British war efforts during the First World War and into the Second World War. In 1953 it provided footwear to the first team of mountaineers to tackle Mount Everest.

The Hawkins factory closed in 1995 after 120 years of trading.

Andy Scott, head of residential development at Octopus Real Estate, said: “We are delighted to be supporting a local developer whose vision is to regenerate this iconic factory into 89 new homes and allow the Hawkins factory to remain an important part of the Northamptonshire area. This deal is well aligned with Octopus’s vision of bringing high-quality accommodation to the UK while retrofitting existing buildings, which is, of course, an environmentally friendly way to bring new properties to the market.”

The deal was handled by property finance broker Tiger Financial. Managing director Matthew Dailly said: “With a tight timescale to complete the loan, and with a large redbrick conversion of an industrial building being outside the appetite of many lenders, we carefully selected Octopus as our lender of choice. We were impressed that Octopus immediately saw the developer’s vision and what they were trying to achieve and with how they acted as a sympathetic and flexible partner as the deal progressed.”