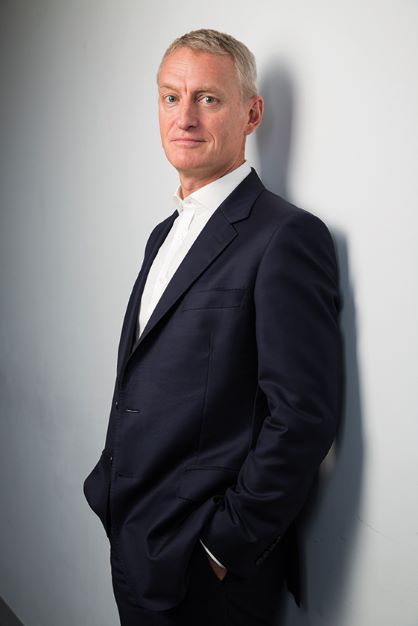 Sales up by 13% as crisis puts onus on efficiency, says Travis Perkins boss

The current focus on energy costs is set to keep energy efficiency of buildings in the limelight. And that means encouraging prospects for the UK’s largest building materials supplier Travis Perkins, said its chief executive.

Nick Roberts was speaking after the company, whose headquarters are in Northampton, reported an increase in sales of more than 13 per cent for the first three months of the year.

The company’s order books remain strong and its forecast for the year remains unchanged, he said, despite the war in Ukraine and its impact on the global economy.

Mr Roberts said: “The group has had an encouraging first quarter and, although the wider economic backdrop remains uncertain, we are well placed to build on this positive start in the coming months.

“The energy efficiency of the UK’s built environment remains a key focal point for households and politicians alike and the current cost of energy is likely to prompt further demand for improvement in both new and existing buildings. Allied to the significant pipeline of investment in the UK’s social and economic infrastructure, we remain confident in the structural drivers of demand in our end markets.”

Pricing accounted for around two-thirds of the turnover growth with manufacturer increases continuing to be passed through in an orderly manner, Mr Roberts added. Customer demand remains robust across end markets with larger customer activity underpinned by the backlog of social and economic infrastructure work and ongoing requirement for new housing, he said.

“As the UK’s largest building materials supplier and a leading partner to the construction industry, we are uniquely placed to support the country in this drive and are working closely with all key stakeholders, including government, housebuilders, tradespeople and developers, to address these challenges.”

Sales in its Toolstation division were down by 6pc for the quarter but the company is confident that business drivers will normalise into the second half of the year as the lifting of pandemic restrictions takes full effect and customer activity returns to its pre-pandemic levels.

The construction supply chain had largely normalised by the end of 2021 and the group’s stock levels remain healthy. However, its forecast for materials price inflation, which was originally expected to ease into the second half of the year, is now more uncertain with pricing likely to form a higher proportion of sales growth across the year than previously thought.