Skip to content
17.9°C
26 Jun 2022
x
Latest NewsRegionalNorthamptonshireAt last – we have lift off 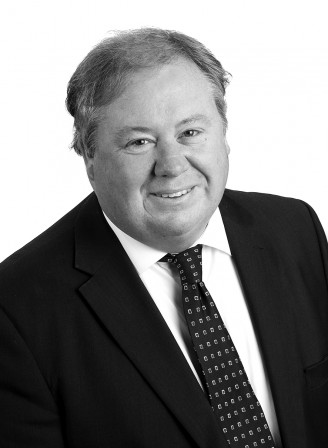 TOWERING cranes around Northampton mark the increased confidence that is now echoing throughout the county in terms of property development says commercial property agent Prop-Search.

The new and improved £20 million Northampton railway station had its crowning moment earlier this year as construction of the roof was completed.

TOWERING cranes around Northampton mark the increased confidence that is now echoing throughout the county in terms of property development says commercial property agent Prop-Search.

The new and improved £20 million Northampton railway station had its crowning moment earlier this year as construction of the roof was completed. The new station is twice the size of the existing facility at around 27,000 sq ft and has been constructed next to the existing building, which will be demolished later this year.

Work on the second phase of the 5.4 hectare station site development is expected to begin in Spring 2015. The development, a partnership between Northampton Borough Council and Network Rail, will comprise 1,300 space multi-storey car parking which will make way for around 300,000 sq ft of high-quality commercial space.

The structural frame of the new £8.5 million University of Northampton Innovation Centre, opposite the town’s railway station on Black Lion Hill, has also been completed. The new building, which will officially open for business in February 2015, will offer 42 office units, a café and conference suite – a flagship development for the social innovation sector, expected to create around 300 new jobs.

Earlier in the year, cranes also formed part of the landscape as Cosworth, the engineering and manufacturing group, began work on its new £12 million Advanced Manufacturing Centre on the Waterside Enterprise Zone. The new facility, the first of its kind in the UK, will manufacture components and assemble some of the world’s most advanced engines to global automotive manufacturers. The project was made possible through a commitment from Northampton Borough Council to build the facility on a lease-back agreement thanks to funds from the council and the South East Midlands Local Enterprise Partnership.

Various projects under way in the town centre are aimed at enhancing the area and stimulating the local economy. On Guildhall Road in the heart of Northampton’s growing cultural quarter, work has taken place to widen the pavements – allowing space for outdoor café tables and street entertainment. There is also the creation of additional car parking. These enhancements are part of the wider plan of regeneration which includes the development of Vulcan Works as a creative hub – creating 240 jobs, a boutique hotel and the extension of Northampton Musuem.

Elsewhere in the town centre, infrastructure works are nearing completion on Abington Street. The street is being reopened to one-way traffic from St Giles Street to Wellington Street, with the creation of 40 parking bays, disabled parking bays and dropping off points. This is one of a series of measures that sit within a strategy of the Northampton Alive regeneration programme – including making it easier to change the potential use of empty premises that are currently used for retail; business rates relief and other grants as part of a package of incentives to encourage small business to set up in the town.

In East Northants, Ubu Design has been appointed as landscape architect on LBX’s £50 million shopping and leisure development at Rushden. This detailed design work will build on the planning application previously prepared and follows Barton Plants appointment to demolish the sites famous ski slope. LXB has already confirmed that M&S have exchanged contracts to anchor the 465,000 sq ft development, with discussions ongoing with other retail and leisure operators.

Silverstone Park could soon boast a multi-million pound high tech inspection facility as the Government has approved part funding of a £1 million grant. The new metrology centre will support the numerous high-performance engineering and motorsport firms located on the Park and will enable them to access state-of-the-art measuring and testing equipment.

In Brackley, the Faccenda Group is reportedly investing £5 million in a new distribution hub, adjoining its existing poultry processing plant. The development will be built over the next 12 months, creating an advanced 30,000 sq ft storage and distribution facility. This comes only two years after the company invested around £8 million modernising its existing facility.

It is unfortunate that the increased confidence has not as yet led private sector developers to commit to widespread speculative development. This is despite the continued pressure on commercial property stock throughout the county, in particular for industrial accommodation, with critically low levels of quality units available. However, many developers have come out of hibernation and are being seen heavily promoting sites which are already fully serviced, ready for new development, albeit on a design and build basis. Occupiers are also showing more interest in these opportunities as little choice is available within the second-hand market.

The most significant sites immediately deliverable across the county include: Centrix Industrial & Distribution Park in Corby which comprises 39 acres that is capable of housing buildings up to 250,000 sq ft; the 23-acre Manton Park scheme in Corby which is being marketed for warehouse, factory, motor dealerships and offices up to 500,000 sq ft; Cransley Park in Kettering where St Francis Group is offering up to 400,000 sq ft of business space; Junction 10 Business Park at Burton Latimer for Roxhill to deliver up to 1,800,000 sq ft; at the Kettering East Sustainable Urban Extension the commercial element extends to approaching 1,000,000 sq ft; in Northampton at Grange Park 550,000 sq ft through Goodman’s and at Swan Valley up to 110,000 sq ft.