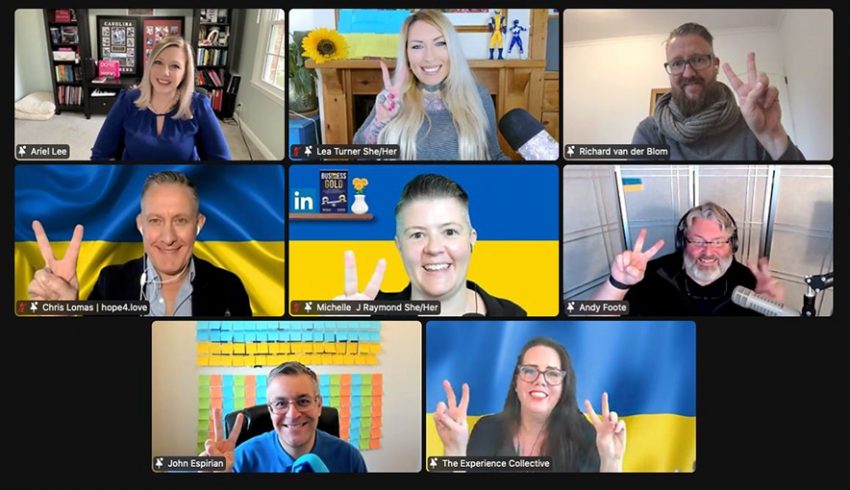 A global fundraiser launched by a Northampton LinkedIn expert to help Ukrainian refugees has now raised more than £40,000.

The international bid to raise cash for Hope4 is helping families fleeing across the Moldova border in the south of Ukraine at various sites, including near to the Black Sea port of Odessa.

Now they are urging their combined 300,000 followers to carry on supporting the charity Hope4, which is on the ground in Moldova supplying food, heating, vital equipment and more to families fleeing Ukraine.

Lea, 36 and a mother of one, said: “The total is changing all the time and we are now at around £42,000. I’ll admit, the idea was impulsive and I was not sure we would hit my original £5k goal but the LinkedIn community really got behind the event and it soon spiralled so that we had to enlist the lovely people at The Experience Project for tech support.

“I am so proud of everyone and so grateful to Hope4 for giving us a way to do something useful when so many of us have been feeling helpless.”

All five of the other experts included spoke warmly of their experience and being able to help, particularly as Moldova’s Prime Minister, Natalia Gavrilița, says the country is now facing a refugee crisis and needs urgent financial aid as tens of thousands of people escape the Russian invasion cross its border.

Hope4’s Chris Lomas said: “I have been witness to what could only be described as a LinkedIn revolution.

“Hate will never defeat love and what I saw yesterday at Lea Turner’s LinkedIn Master Class, was nothing short of love.

“An outpouring that will live on and called LinkedIn’s own LiveAid.

“So, what does it really mean on the ground? Well, Hope4 does not keep a penny and as such every penny is translated into tangible aid and support right across Moldova.

“Every single penny entrusted to us by the people who supported Lea’s event, is spent on food, shelter, equipment and fuel, all necessary to get vulnerable women and children in particular, into a safe and secure

“Together #WeAreHope4 orphans, victims, women and children everywhere, which is why we’ve already launched into Poland as well. We want to thank Lea Turner, her panel of experts and everyone who supported them.’

To purchase a recording of the webinar, with all proceeds going to Hope4, at leaturner.mykajabi.com/offers/AUAdSeJz/checkout

Donate direct to Hope4 at www.hope4.love/donateukraine